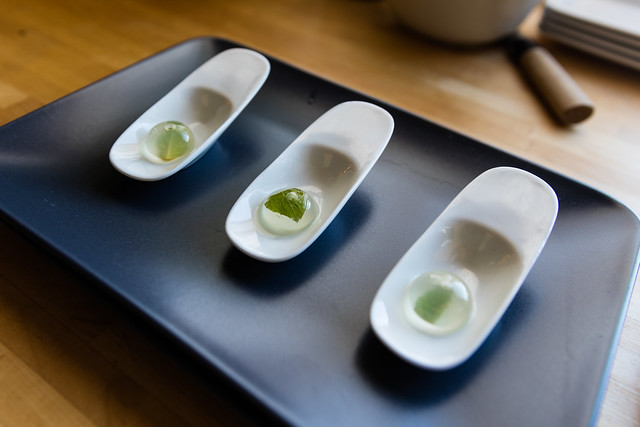 The first course was a straightforward mojito sphere encapsulating a mint leaf. Instead of using Xantham gum based preparations I decided to go the frozen reverse spherification route as described in this video.… Read the rest